Accueil » Theater in English in Paris: the best of French and American acting methods 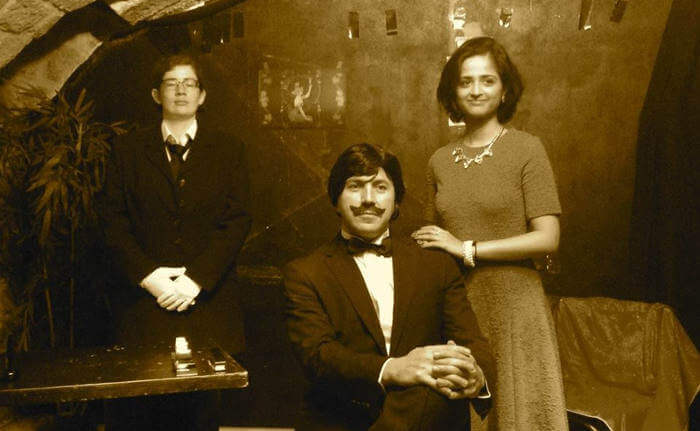 This information is only indicative: please contact the professor for additional information through our « Contact prof » button.

Twelve students max. per class; enrollment is on a per year basis for the Intermediate-advanced class and on a per trimester basis for Beginners class.

Contact the profBook a workshop
Vous avez aimé cet article? Alors si vous voulez contacter le prof, utilisez donc notre formulaire, ça nous aide beaucoup. Merci!
Whether you are French or a foreigner in Paris, whether you are a native English speaker or not, Hope’s classes are a great way to practice theater in English in Paris. Her classes are certainly fun, but rigorous as well, a testimony to her double training in the US (at the Atlantic Acting School) and in France (at Les Enfants Terribles). I found Hope to be a very competent teacher, using in-depth acting methods. Benevolence is at the heart of her classes. She thinks benevolence and positive criticism are genuinely the best way to lead students to great heights in acting. She offers two types of workshops. The first class welcomes students of all levels, including beginners, on a trimester basis, with the preparation of a short performance at the end of the term. The second workshop is for people with some acting experience who are looking for a troupe experience. It is a full-year commitment and the troupe performs a full-length play in June.
Contact the prof

Fun is an essential part of Hope’s classes. She is conscious that having fun is what many people look for when joining an amateur theater class. However, what is great about her workshops is that in addition to being fun they are also rigorous and demanding. Her ability to mix fun with rigorous teaching methods may have to do with the professional training Hope received in the US: professional acting training there has a tendency to be more structured than in France with more emphasis on methods. While some people sign up to practice the language, her classes are not for learning English, so you will need a decent level in English to participate.

In her classes, Hope uses a rich spectrum of theatrical techniques. She puts great emphasis on spatial awareness and taking into account one’s partners. In the US, she learnt of lot from diverse body techniques, for example the Suzuki method that Japanese actors use in Kabuki drama, which consists in practicing extremely slow gestures. She is fond of the Viewpoints technique for movement, which focuses on space awareness, corporal rhythms and one’s partners in the space. 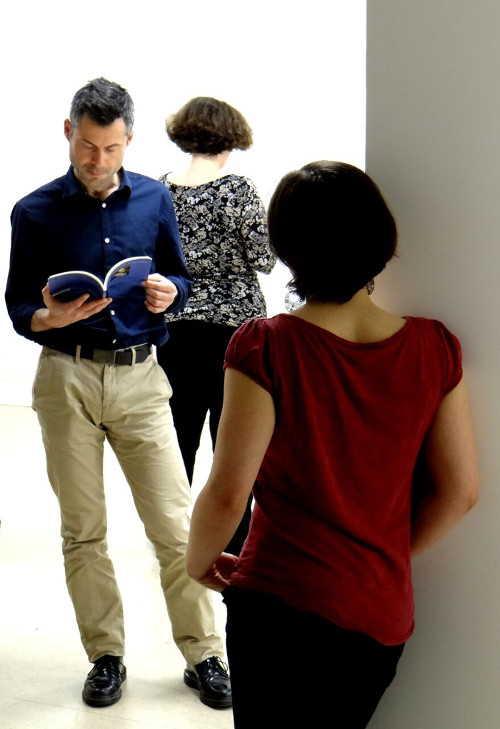 Benevolence is a keystone of Hope’s teaching. With professional training in both the US and France she often finds that French professors tend to rely too much on criticism in their classes. It is a good thing when criticism is constructive but it also has its pitfalls. “My French students often ask me at the end of a scene what went wrong, but that isn’t how I work,” Hope tells me. “Students starting out in theater do not need to be cut down in order to move forward”. For Hope, the point is not to be nice just to please students and convince them to stay. It is about creating a safe space so they are confident to push further with their emotions and commit physically to the roles.

For example, she does not ask students to participate in exercises they are not comfortable with: “You are responsible for your own limits; if there is something on stage you’re ill at ease with, no need to force yourself. As an artist, it important to care for yourself.” Hope’s ultimate goal, which should be that of both professional and amateur training, is to teach students to find the emotions, bodily language and theatrical intentions of their characters in themselves… and be able to recreate them in a theater without professor’s directions.

You are responsible for your own limits, if there is something on stage you’re ill at ease with, no need to force yourself. As an artist, it is important to care for yourself.

In the beginner class, each trimester ends with a small show. I found this rhythm interesting compared to classes set up on a yearly basis with an end-of-the-year show in June. It makes it possible to play in front of an audience sooner, as early as December if you start in September, with a lighter preparation than that of yearly shows. As a matter of fact Hope wishes to get the students into stage work as soon as possible. She starts working on scenes early in the workshop, from the third class. It is an interesting specificity of her classes compared with other amateur workshops where the first two or three months of the year are often mainly dedicated to technical training and theater exercises.

Hope starts each class with a warm-up (Viewpoints technique or relaxation/breathing exercises). This warm-up is pretty long because she considers that students must be concentrated and mentally available to work properly. They must leave behind them the day’s worries (and this cannot be done in the blink of an eye). She then moves on to group exercises to foster listening and other exercises for technique. After that, students are finally ready to work on the texts!

For her shows at the end of the trimester, rather than try to stage a full play, Hope prefers to choose a theme and select scenes from a variety of plays. She tells me she mostly works with contemporary authors because the language is often easier than in classical plays. However, when students are up for the challenge, she loves to work on classical theater as well: Shakespeare or Oscar Wilde for example.

Here are some of the themes and texts that Hope has worked on over the past few years: a selection of scenes from thrillers and murder stories mixing drama and comedy (Gaslight by Patrick Hamilton, Accomplice by Rupert Homes and Deathtrap by Ira Levin); theater of the absurd (Beckett, of course, but also Shakespeare); a one-act play: Twelve Pound Look by JM Barrie… One of her groups presented extracts of Five Women Wearing the Same Dress, by Alan Ball (a play written for five women and one man, though Hope’s groups tend to be more gender-balanced than most amateur classes in Paris).

Hope also organizes half- or full-day workshops on various themes, including a thrilling “Introduction to stage combat and theatrical violence” co-taught with Adam Alexander fight director for theater and film!

And also on Haut Les Cours… To discover other excellent amateur theater classes in Paris, please have a look at our theater selection. We also recommend theatrical improvisation classes.

Discover the theater classes we recommend
Contact the prof